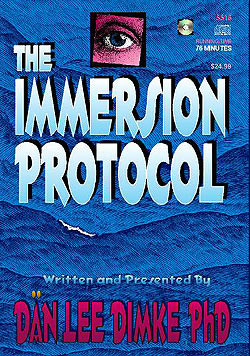 Multiply Your Mind Power with This Incredible System!

ENHANCE YOUR ABILITY TO LEARN ANY SUBJECT...IN RECORD-BREAKING TIME!

Since the beginning of recorded history, the greatest thinkers, philosophers, inventors and scientists of all time have used a few simple, but powerful techniques and procedures that have allowed them to literally unlock the secrets of the universe. One of the most powerful of these processes, The Immersion Protocol, is capable of multiplying the ordinary power of a single human mind by many times. And, when it is set in motion within a group of people, all working together in harmony, virtually anything can be accomplished.Imagine learning to use the mental amplifying power of The Immersion Protocol to master a new language in a matter of days, to solve problems centuries ahead of their time, or, to become a Nobel Laureate in a scientific field without ever entering a laboratory. Nearly all the great discoveries and accomplishments of history have occurred as a direct result of The Immersion Protocol at work in the lives of ordinary people, producing extraordinary results.

Yet, most people will live and die without ever really discovering the incredible force for accomplishment hidden within this simple approach. But, those who have unleashed its full power liken immersion to entering a new realm of heightened mental awareness, where anything can be understood and any problem can be unraveled. Accomplishments performed while elevated to this immersive state can be so profound, that their creators occasionally find their work to be beyond their own comprehension, when reviewing it later. You can do it, too.

Using the step-by-step mental techniques as presented, you can unleash the power of The Immersion Protocol to do almost anything you wish. Pass a certification exam to launch a new profession or career for yourself, no matter how difficult the subject matter. Master a new computer language. Solve a problem that has plagued your industry for decades. Earn a place in the Guiness Book of World's Records for becoming the world's fastest or most proficient individual in a certain area.

Or, turn your dream retirement activity into a paid profession now, and begin getting paid for doing what you love doing most, every day. The list of possibilities is endless, and the potential limitless. Turn your dreams into reality now with this revolutionary method.